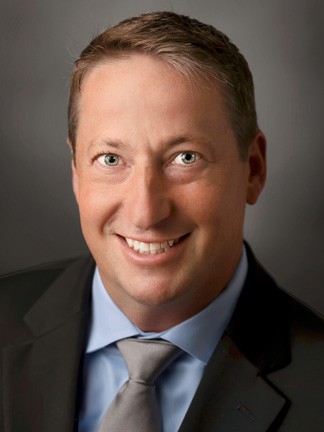 “It is so rewarding to see our team continually amaze us with incredible performance at all levels of our organization. To see the pride of those who are tapping into potential that they may not have even known they possessed is particularly gratifying.”

(New York, NY, October 18, 2022) – The nomination of Rob Matthews, president of Matthews Cadillac in Vestal, New York, for the 2023 TIME Dealer of the Year award was announced today by TIME.

Matthews is one of a select group of 48 dealer nominees from across the country who will be honored at the 106th annual National Automobile Dealers Association (NADA) Show in Dallas, Texas, on January 27, 2023.

The TIME Dealer of the Year award is one of the automobile industry’s most prestigious and highly coveted honors. The award recognizes the nation’s most successful auto dealers who also demonstrate a long-standing commitment to community service. Matthews was chosen to represent the New York State Automobile Dealers Association in the national competition – one of only 48 auto dealers nominated for the 54th annual award from more than 16,000 nationwide.

“It is so rewarding to see our team continually amaze us with incredible performance at all levels of our organization,” nominee Matthews said. “To see the pride of those who are tapping into potential that they may not have even known they possessed is particularly gratifying.”

And Matthews’ valued team was the driving force behind the turnaround he orchestrated upon arriving at Matthews Auto, the then-struggling dealership group founded by his father, Jim Matthews, in 1973.

Matthews earned a B.B.A. at James Madison University in Harrisonburg, Virginia, in 1998 and an M.B.A. from Babson College in Wellesley, Massachusetts, in 2004. He was carving out a life and career in Boston when he received the distress signal from his dad.

The key member of the company’s management team had to leave for health reasons and business was declining. “The situation was dire,” Matthews said. “I told my dad that I wasn’t sure how much value I could bring since I had zero retail automotive experience.”

He did answer the call, though, and returned to Vestal to work on marketing and digital advertising in 2005. Matthews then put together a plan to develop long-term relationships with customers.

“It was time to make a bold move,” he said. “In 2006, we simultaneously launched upfront pricing and a rewards program designed exclusively for car buyers. The goal was to sell value, not just price, and differentiate our company from the competition.”

His efforts have paid off and Matthews Auto Group grew from four stores in 2006 to 15 in 2022. He is now president of the company and oversees dealerships in New York and Pennsylvania, representing brands Cadillac, Chevrolet, GMC, Buick, Chrysler, Dodge, Ford, Hyundai, Jeep, Kia, Mitsubishi, Nissan, Ram, Subaru and Volkswagen.

“All of our success comes from the team we built and the improvements we made in daily operations,” Matthews said. “I am so proud of what we have achieved and so grateful for what we can accomplish together.”

To that end, Matthews has prioritized programs that reward employees for their hard work and dedication to the dealerships. Each year, he has an annual company picnic and has established Employee of the Month and Top Gun awards; year-end bonuses; a hardship fund; and bonus days off for those who work during three-day holiday weekends.

“We foster a culture of respect and empowerment, recognize the need for work-life balance and cultivate career paths that allow employees to reach new heights,” he said.

Matthews believes his success stems from how he takes care of his employees – and his community. “Our goal is to support as many organizations as possible,” he said. “We make hundreds of smaller donations across our footprint, totaling more than $250,000 annually.”
He is proud of serving on the executive leadership team for the American Heart Association’s Southern Tier Heart Walk for four years. “We enter a team every year and are currently donating $1 from every oil change with the campaign goal of $50,000,” he said. “Over the past five years, this event has raised more than $2 million which supports medical advances and lifestyle initiatives.”

On a more local level, Matthews created the Matthews Auto Walk-A-Thon in 2019, a community event that brings groups of walkers out to raise money for area children’s charities. His company donates $10 for every mile walked within a 24-hour period. Some of the groups that have benefitted from the program include A Room to Heal; GiGi's Playhouse (Down Syndrome Achievement Centers); Mom's House (childcare for single parents); Toys for Tots; and Upstate Golisano Children's Hospital, among others. Donations have totalled over $212,000 in the last four years.

In addition, Matthews donates his time as a youth hockey coach for the Southern Tier Hockey Association, where both his son and daughter play. He also serves the Greater Binghamton Chamber of Commerce and is currently a member of the board of directors and treasurer. “We work to improve the overall business climate of our area, as well as the quality of life for all residents,” he said.

Matthews was nominated for the TIME Dealer of the Year award by Robert Vancavage, president of the New York State Automobile Dealers Association. He and his wife, Stephanie, have two children.