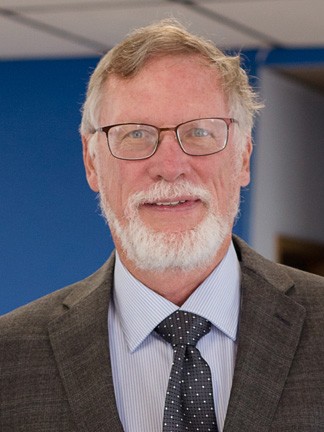 “We are a small store in rural Nebraska. Since I grew up here, I have a strong connection to the people we serve. My philosophy has always been to treat our customers with honesty, integrity and respect, which leads to repeat business, a necessity for a small local dealership.”

(New York, NY, October 18, 2022) – The nomination of Robert Wahlstrom, president of Wahlstrom Ford Inc. in Chadron, Nebraska, for the 2023 TIME Dealer of the Year award was announced today by TIME.

Wahlstrom is one of a select group of 48 dealer nominees from across the country who will be honored at the 106th annual National Automobile Dealers Association (NADA) Show in Dallas, Texas, on January 27, 2023.

The TIME Dealer of the Year award is one of the automobile industry’s most prestigious and highly coveted honors. The award recognizes the nation’s most successful auto dealers who also demonstrate a long-standing commitment to community service. Wahlstrom was chosen to represent the Nebraska New Car & Truck Dealers Association in the national competition – one of only 48 auto dealers nominated for the 54th annual award from more than 16,000 nationwide.

“We are a small store in rural Nebraska,” nominee Wahlstrom said. “Since I grew up here, I have a strong connection to the people we serve. My philosophy has always been to treat our customers with honesty, integrity and respect, which leads to repeat business, a necessity for a small local dealership.”

Wahlstrom took a different road on his way to owning a car dealership. He earned a B.S. from South Dakota State University in Brookings in 1973 and started a career as a teacher following college. He later earned an M.S. in education from Chadron State College in Chadron in 1982 before being asked by his father to run the family Ford dealership in 1988.

“I decided that it would be an opportunity I could not pass up,” he said. “My father had the dealership for 40 years and provided me with guidance and direction to grow the business. Plus, I was a math major, so numbers came easy.”

Wahlstrom attended the NADA Academy in 1989 to hone his management skills and to learn the intricacies of dealership operations. He was named general manager in the mid-1990s and eventually took over as dealer principal.

“Understanding how each department functions has enabled me to identify the strengths and weaknesses in our business,” he said. “I have had the good fortune to hire quality employees, who are dedicated to the organization and want to see it succeed and thrive.”

And Wahlstrom is actively involved in moving the retail automotive business forward. He currently serves on the board of directors for the Nebraska New Car & Truck Dealers Association, where he was named secretary. He is also a director for the group’s Carriage House Foundation, which provides funding for charitable and educational initiatives that better the automotive industry.

“One of our major roles for the association is to contact our representatives in Congress on issues that affect the car industry in Nebraska as well as nationally,” he said. “Additionally, the Carriage House Foundation provides scholarships to trade school students for automotive-related studies to help increase the number of qualified service technicians.”

As a former teacher, Wahlstrom understands the power of education and has devoted his time and expertise to the Chadron Public Schools Foundation since 1994, currently serving as president. He is also on the board of directors for the Chadron Public Library and a trustee for Chadron United Methodist Church.

One of his most rewarding civic achievements is working with a partner to launch an Honor Flight program in Chadron in 2012. This initiative brings war veterans to Washington, D.C., to see the national memorials and monuments. “While overseeing the program, we sent more than 70 veterans with guardians to the nation’s capital, including my father,” Wahlstrom said.

Wahlstrom was also on the board of directors for Closer to Home in Chadron, which provides meals to people in need. “Wahlstrom Ford served a meal once a month for eight years,” he said.

For 14 years, Wahlstrom’s dealership has participated in Toys for Tots by offering a free oil change certificate to every customer who brings a toy into the dealership during the holidays.
“The local Head Start classes come to the showroom, get to see Santa, who is played by me, and pick out a toy,” he said. “It is a rewarding experience to make the children happy at Christmastime.”

His dealership has also held numerous Ford Drive 4 UR School and Drive 4 UR Community test drive events that raise money for local schools and organizations.

Wahlstrom was nominated for the TIME Dealer of the Year award by Loy Todd, president and general counsel of the Nebraska New Car & Truck Dealers Association. He and his wife, Jane, have two children.