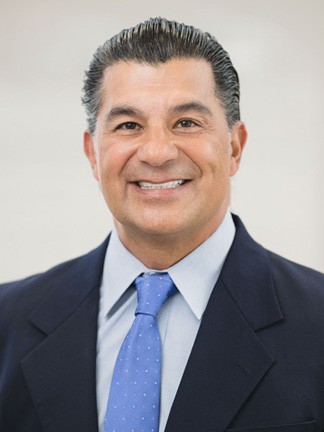 “Life has taught me that you cannot start at the top, you must go through the ups and downs your life journey takes you on, and learn from them.  Ever since athletic coaches taught me ‘hard work beats talent when talent doesn't work hard’ I’ve been laser focused on success.”

(New York, NY, October 18, 2022) – The nomination of Silvestre (Sal) Gonzales, dealer principal at Culver City Volvo/Mazda in Culver City, California, for the 2023 TIME Dealer of the Year award was announced today by TIME.

Gonzales is one of a select group of 48 dealer nominees from across the country who will be honored at the 106th annual National Automobile Dealers Association (NADA) Show in Dallas, Texas, on January 27, 2023.

The TIME Dealer of the Year award is one of the automobile industry’s most prestigious and highly coveted honors. The award recognizes the nation’s most successful auto dealers who also demonstrate a long-standing commitment to community service. Gonzales was chosen to represent the National Association of Minority Automobile Dealers in the national competition – one of only 48 auto dealers nominated for the 54th annual award from more than 16,000 nationwide.

Gonzales took a winding road on his way to the retail automotive business, guided by an innate drive and perseverance. He earned a B.S. in business administration and finance from the University of Southern California in Los Angeles in 1987 and then completed a Mexican history studies program at the University of Guadalajara in Mexico, also in 1987.
“Life has taught me that you cannot start at the top, you must go through the ups and downs your life journey takes you on, and learn from them. Ever since athletic coaches taught me ‘hard work beats talent when talent doesn't work hard’ I’ve been laser focused on success” nominee Gonzales said.

After college, he secured a job as a stockbroker at EF Hutton, but during his second week on the job, his training program was suspended due to the stock market crash on October 19, 1987, known as Black Monday. He then moved back to his home in Whittier, California, and went to work for a builder.

“After a year on the job, the city building inspector suggested I branch off and start building on my own,” Gonzales said. “I became a licensed general contractor and worked with my father, who was a successful real estate broker, to start a home-building company in 1990, which grew from building a few homes, to a track of homes, and on to apartment buildings.”

In 1999, Gonzales and his father switched gears and bought a property that was home to a defunct Chrysler Jeep store in South Gate, California. They decided to refurbish the building and reopen the dealerships as Casa de Gonzales.

“Once we decided to try the car business, we were determined to succeed, and willing to do whatever it took. Our family is goal oriented and ambitious” he said.

To prepare himself for his new career, Gonzales attended the NADA Academy in 2000. He took that knowledge and learned all aspects of dealership operations at Casa de Gonzales Chrysler Jeep, working in the service department, then sales and finance before becoming the general manager in 2002. “It was building a team from the ground up and getting everyone to move in the same direction. We believe in investing in our people (employees) and providing them with opportunities to grow.” He led their team to the prestigious Daimler Chrysler Five-Star Award for Excellence in 2002, which was the highest recognition for Chrysler and Jeep dealerships in the United States.

In 2003, Gonzales purchased Westside Volvo in Culver City, renaming it Culver City Volvo in 2006. He completely remodeled the Volvo store in 2017 with their latest facility image program.

In 2014 he was awarded a Mazda dealership open point in Culver City, CA. He constructed a new Mazda dealership from the ground up in 2016. “It was fun to run a job site again, doing one facility and then the next, back-to-back. I am very proud of the appearance of our facilities.”

To take his business even further, Gonzales completed an executive education program at the Yale School of Management in New Haven, Connecticut, in 2020. “I like to set goals personally, academically, and professionally, and create a plan to achieve them,” he said.

Gonzales is currently serving on the national dealer council for Mazda and has been on the national dealer council for Volvo USA. He is also a member of NAMAD, the National Association of Minority Automobile Dealers. Recently, he was voted in by fellow dealers to be a board of director for the California New Car Dealers Association beginning January 2023.

Under his direction as the dealer principal for both dealerships, they have won numerous awards from Volvo and Mazda for excellence in sales and customer service. “It is with hard work and determination that we have won and continue to strive to win the Excellence Award for Volvo and the President’s Award for Mazda”.

In the area of community service, Gonzales is most proud of participating in the Operation Outreach Literacy Program, through which his dealership donates two books to each second-grade student at La Ballona Elementary School in Culver City. “The books are bilingual, and their teachers receive lesson plans to help facilitate the learning,” he said. “In the late spring, we welcome the students into our dealership for a field trip.”

Gonzales has also served on the board of directors for the Culver City Chamber of Commerce. He was a Commissioner for the City of Hermosa Beach Parks & Recreation, and he was a member of the City of South Gate Design Review Committee; and the South Gate Kiwanis Club.

Gonzales was nominated for the TIME Dealer of the Year award by Damon Lester, president of the National Association of Minority Automobile Dealers. He has three children, Annie (26), Tre (24), and Natalia (21).