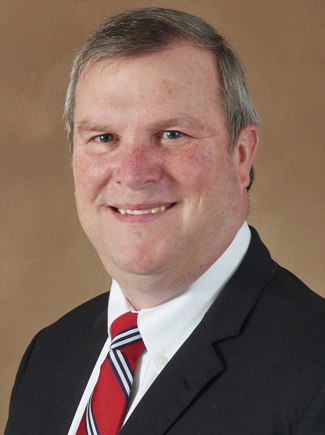 “My grandfather started selling Chevrolets in 1923. I enjoy carrying on that tradition and working with customers to earn their trust. It is also very rewarding to see my children accept the responsibility of our family legacy and to know that they have a great handle on the business as we start our next 100 years.”

A 1981 graduate of The Citadel in Charleston, South Carolina, where he earned a B.S. in business administration, Burns spent four years serving in the United States Air Force before returning to his family’s retail automotive business.

“My brother and I started by picking up cigarette butts and sweeping the service canopy. I was selling cars the summer I turned 16. Upon graduation from The Citadel, I became the service advisor until I went on active duty for the Air Force.”

Burns was later named used-car manager at Burns Chevrolet in Rock Hill, South Carolina, and in 1990, had the opportunity to move to Burns Chevrolet of Gaffney as dealer, where he has led the operation ever since. His wife, Terri, one of his daughters, Laura Geary, and son, Charlie, are all full-time employees at the dealership.

“During the last 30 years, I was also a partner in a Ford dealership with my family, where I oversaw the daily operations, and presently, I devote time to another Chevrolet dealership owned by another family member."

With such deep roots in the retail automotive business, Burns has devoted his time and energy to the South Carolina Automobile Dealers Association to help improve his industry statewide. He was a board member for 20 years and served as president.

“The leadership of our association has been the benchmark for all others. During my tenure as president, I facilitated the transition to a new executive vice president, which ensured our association's continued prominence.”

Burns is equally as committed to his community and currently serves on the board of trustees for Limestone University in Gaffney, where he is finance chair and a member of the executive committee. He is a deacon at the First Baptist Church Gaffney and has held leadership positions at the Boys & Girls Clubs of the Upstate; Cherokee County Chamber of Commerce; local American Red Cross; Rick Gage’s GO TELL Crusade; and Cherokee County Community Foundation, among others.

“Each of these organizations has served and promoted the well-being of citizens in our county. I am proud to have had an impact on education, social integration, economic progress and the spiritual growth of my neighbors and myself. My business has given me opportunities to positively influence those around me.”

Burns was nominated for the TIME Dealer of the Year award by E. Sims Floyd Jr., executive vice president of the South Carolina Automobile Dealers Association. He and his wife, Terri, have four children.