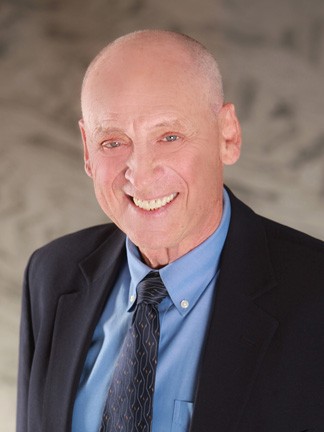 “While the company’s growth and financial success certainly have been rewarding, the best part of my retail automotive career has been my ability to help others. Whether it was making a car dream come true, fostering a family legacy, mentoring another dealer, providing many good-paying jobs, or improving the lives of local youth or those in need, leaving that kind of mark is what makes my heart glow.”

(New York, NY, October 18, 2022) – The nomination of Sid DeBoer, dealer principal at Lithia Chrysler Dodge Jeep Ram FIAT of Medford in Medford, Oregon, for the 2023 TIME Dealer of the Year award was announced today by TIME.

DeBoer is one of a select group of 48 dealer nominees from across the country who will be honored at the 106th annual National Automobile Dealers Association (NADA) Show in Dallas, Texas, on January 27, 2023.

The TIME Dealer of the Year award is one of the automobile industry’s most prestigious and highly coveted honors. The award recognizes the nation’s most successful auto dealers who also demonstrate a long-standing commitment to community service. DeBoer was chosen to represent the Oregon Auto Dealers Association in the national competition – one of only 48 auto dealers nominated for the 54th annual award from more than 16,000 nationwide.

“While the company’s growth and financial success certainly have been rewarding, the best part of my retail automotive career has been my ability to help others,” nominee DeBoer said. “Whether it was making a car dream come true, fostering a family legacy, mentoring another dealer, providing many good-paying jobs, or improving the lives of local youth or those in need, leaving that kind of mark is what makes my heart glow.”

While growing up in the 1950s and 1960s, DeBoer spent time at Lithia Chrysler-Plymouth, the car dealership his father, Walt DeBoer, owned in Ashland, Oregon. “From my earliest memories, I’ve always been around cars,” he said.

DeBoer attended Stanford University in Stanford, California, from 1961 to 1963 before returning home to help his father at the store, where he took over bookkeeping responsibilities. By 1968, he was operating manager of the dealership and that same year, tragedy struck.

“My father was killed in a pedestrian accident, and I faced a crossroad,” he said. “Was I going to make the dealership my career or was I going to take another road?”

DeBoer decided to buy the assets of the dealership and launched a new company, Lithia Motors Inc. In 1970, he closed the Ashland store and founded Lithia Dodge in nearby Medford.

“From my father, I learned the lessons of honesty, hard work and customer service,” he said. “Many a night, dinner was held until dad finished with a customer who had stopped in to look at a car after closing time.”

By the mid-1990s, DeBoer had five stores and 19 franchises located in Oregon. To further grow the company, he knew he had to look beyond the borders of his home state, so he took Lithia Motors (LAD on the NYSE) public in 1996.

“Deciding to take my company public was a herculean endeavor,” he said. “I remember the arduous, two-year process with my business partner, Dick Heimann, as we navigated the road to Wall Street. But the hard work and vision paid off – when our IPO was accepted, we became the third public new-car retailer in America.”

Today, Lithia Motors (dba Lithia & Driveway) operates dealerships across the United States and in Canada. DeBoer is currently founder and chairman of the board of the company, and his three sons have had leadership roles in the business with son Bryan taking over as president and CEO. DeBoer has also remained dealer principal at Lithia Chrysler Dodge Jeep Ram Fiat of Medford, his flagship store.

“I continue my vision for the company by providing direction to the executive leadership as chairman,” he said. “While I credit personal drive and an entrepreneurial spirit as contributors to where I stand today, it’s been my family, colleagues and customers who have truly powered my success as a human being and as an auto dealer.”

He added, “Working alongside my children, who started from the bottom and moved their way up into management, and building a family legacy, have been a powerful, personal inspiration.”
DeBoer credits his NADA 20 Group meetings as a pivotal resource when his business began to grow in the early days of his career. “There’s nothing like sitting in a room of peers, getting asked the hard questions, to jumpstart a new perspective on how to be a better auto dealer,” he said.

He has always valued his association with NADA, serving on the board for six years, and he has worked closely with the group on strategic planning. In 2017, he was asked to address the NADA Show in New Orleans to talk about overcoming adversity.

“That night, I shared my personal story of how, after my father’s death, I decided to move down a positive path, finding strength in my faith, family and vision for the future,” DeBoer said. “You can’t just move on from tragedy, you must get stronger from it.”

In the area of community service, DeBoer founded the Lithia4Kids program in 2008, which is designed to give back to local organizations that help educate, enhance and support the communities that his dealerships serve. He established the Sid & Karen DeBoer Foundation in 1998 to fund projects in his home state of Oregon.

“Since 1997, my wife, Karen, and I have given millions of dollars to hundreds of nonprofit organizations to improve the lives of Oregonians,” he said. “Through our foundation, we foster youth-mentoring programs; fund college scholarships; and support the arts, hospitals and cancer research.”

The foundation provided funding to the Ashland Family YMCA to overhaul a historic Girl Scouts camp at Lake of the Woods to create YMCA Camp DeBoer, an ADA-compliant, state-of-the-art complex with cabins, a conference center, amphitheater and recreational activities, designed for all to enjoy. He has also contributed to Mt. Ashland, a local nonprofit ski area, where he helped renovate the lodge and has pledged to facilitate the construction of a new lift system.

DeBoer is particularly proud of his company’s recent $12 million gift to Southern Oregon University (SOU) in Ashland. “We’re partnering with SOU to provide scholarships for first-generation students, develop a leadership program in sustainability, support the Institute of Applied Sustainability and ‘electrify’ the campus with EVs and charging stations,” he said.

Other organizations that he supports include the Southern Oregon University Foundation (trustee); Asante Foundation; Medford Rogue Rotary Foundation; Oregon Shakespeare Festival; and the United Way of Jackson, to name a few.

DeBoer was nominated for the TIME Dealer of the Year award by Greg Remensperger, executive vice president of the Oregon Auto Dealers Association. He and his wife, Karen, have five children.