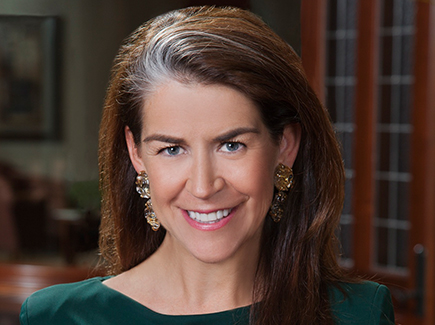 “My most rewarding task is being a single mom with two great kids while overseeing daily dealership responsibilities. Our employees have the same balancing act. They come from all over the world and are my Gillman family. They speak more than 20 languages and are achieving the American dream.”

Gillman was born into the car business. Her grandfather, Frank Gillman, opened his first dealership in Houston in 1938 and her father, Ramsay, followed in his footsteps. Gillman attended college at the University of Texas at Austin but left to work in her father’s company. She later went to school for F&I (Finance & Insurance) and enrolled in the NADA Academy.

Learning the ins and outs of the business at Frank Gillman Pontiac in Houston, Gillman worked in every area of the dealership. “I changed oil, delivered parts, managed used vehicle sales, was a sales secretary and more,” she said. “I sat in every seat until I understood the challenges of that position. I learned what our employees needed to do their jobs right and gained a true respect for their contributions. These experiences have been invaluable.”

Gillman took over the Pontiac dealership as general manager and was named president of the auto group in 2008. “I was able to work alongside my father and see how he overcame challenges and watched how he handled the sand traps,” she said. “I saw how each issue was solved and that companies can bounce back from even the most difficult situations. I have applied these teachings throughout my career when both small and large issues have arisen. I am still learning every day that I come to work.”

And she put those lessons to good use when she weathered the economic recession, three destructive hurricanes – and then the unexpected death of her father and mentor in 2011. Today, she is partner with her brother, Jason, in 10 dealerships in southern Texas representing brands Buick, Chevrolet, GMC, Dodge, Honda, Jeep, Mitsubishi, Nissan, Ram and Subaru.

Gillman has held leadership positions in both the state and local dealer associations, and is a staunch advocate for the industry. “I host or attend countless political receptions in an effort to communicate the threats and challenges of our industry to legislators,” she said. “I’ve served on vital committees under two governors, and I’m proud to carry the dealer’s message to all of the associations and to leaders in government.”

In the area of community service, Gillman partners with the local Harlingen Consolidated Independent School District for the Gillman Drive for Perfect Attendance program. “We award students everything from a laptop to a free car for having perfect attendance, and in turn, the school district receives incremental funding from the state based on attendance rates,” she said. “This program is responsible for generating more than $600,000 in incremental funding annually to the school district, which is then reinvested in our students to improve graduation rates.”

For 24 years, Gillman has championed the Fort Bend Women’s Center, which assists survivors of domestic violence and sexual assault. “Our annual Ramsay Gillman Charitable Golf Tournament has raised more than a million dollars for this worthy cause,” she said. And Gillman employees are encouraged to take one paid workday per year to volunteer at the center.

Gillman added, “We’ve won lot of awards, but that’s not important to me. Supporting our community is the foundation of the Gillman culture.”

Gillman was nominated for the TIME Dealer of the Year award by Bill Wolters, president of the Texas Automobile Dealers Association. She has two children.