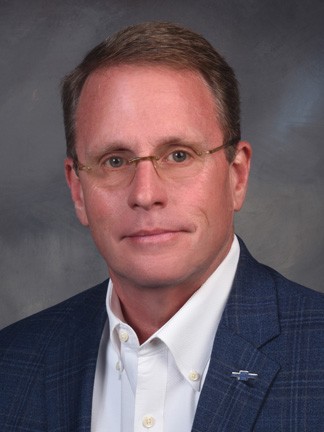 “The mission of our dealership is to provide excellent service no matter the challenges we face and make driving dreams come true. Many people are uneasy or anxious when it comes to buying a new vehicle. I have an open-door policy to my office to ease the nervousness of my customers.”

(New York, NY, October 18, 2022) – The nomination of Stephen Franks, owner and dealer at Franks Chevrolet Buick GMC in Kosciusko, Mississippi, for the 2023 TIME Dealer of the Year award was announced today by TIME.

Franks is one of a select group of 48 dealer nominees from across the country who will be honored at the 106th annual National Automobile Dealers Association (NADA) Show in Dallas, Texas, on January 27, 2023.

The TIME Dealer of the Year award is one of the automobile industry’s most prestigious and highly coveted honors. The award recognizes the nation’s most successful auto dealers who also demonstrate a long-standing commitment to community service. Franks was chosen to represent the Mississippi Automobile Dealers Association in the national competition – one of only 48 auto dealers nominated for the 54th annual award from more than 16,000 nationwide.

“The mission of our dealership is to provide excellent service no matter the challenges we face and make driving dreams come true,” nominee Franks said. “Many people are uneasy or anxious when it comes to buying a new vehicle. I have an open-door policy to my office to ease the nervousness of my customers.”

A 1984 graduate of Kosciusko High School in Kosciusko, Franks always liked to tinker with vehicles of all kinds. “My father was a pilot, so all forms of transportation intrigued me,” he said. “As a kid I would buy and sell go-carts and motorcycles, and my fascination for cars began at an early age.”

That passion, along with an enterprising spirit, drove Franks to open a used-car lot in Kosciusko in 1984 at age 18. He owned and operated his own business until he took a position at Gray-Daniels Automotive Group in Brandon, Mississippi, in 1995. There, he held several management positions until moving back to his hometown of Kosciusko in 2008 to buy the local Chevrolet dealership with a partner.

“With a great deal of anxiety and excitement, I decided to come back and take over what is now Franks Chevrolet Buick GMC,” he said. “In the last 14 years, I have experienced many challenges and opportunities as a new-car dealer. But one thing remains constant: people need vehicles – and reliable dealers to help them find those vehicles.”

Franks also operates two pre-owned supercenters in Kosciusko and Carthage, Mississippi. “As a teenager, I thought I could make a living by selling cars,” he added. “Learning how to make a profit as a small business owner in those early years helped me build a successful long-term career which now includes three stores.”

An active member of the Mississippi Automobile Dealers Association, Franks has served as chair, chair elect and secretary-treasurer of the organization. He is also on the board of directors for the group’s Auto PAC, which raises money to support officials and legislators who are advocates of business and the automotive industry.

“When I was chair, I hosted an annual leadership day at the Mississippi State Capitol to increase the association’s profile among state legislators,” Franks said. “This was a successful event and our efforts have helped us work with the legislature to enact laws to protect consumers and car dealers alike.”

A volunteer pilot, Franks donates his time to Pilots for Patients and Angel Flight Soars, two organizations that arrange free air flights for individuals who need medical care at facilities outside of their local communities. He is also a board member for the Kosciusko-Attala County Airport.

“I have logged over 125,000 flight miles and more than 100 missions, flying children and adults to and from treatment centers,” he said. “It is extremely rewarding to help others in their time of need.”

For Make-A-Wish Mississippi, Franks supplies the car for the group’s annual Cruisin’ for a Wish fundraiser. One of his vehicles is wrapped by a local body shop so that individuals can sign the car and make a donation to Make-A-Wish. The car travels to stops in the region and creates a buzz while raising money for the charity.

Other organizations that Franks supports include the American Cancer Society; the Junior Auxiliary of Kosciusko; local schools and sporting events; and numerous other local charities.

Franks was nominated for the TIME Dealer of the Year award by Marty Milstead, president of the Mississippi Automobile Dealers Association. He and his wife, Lisa, have two children.