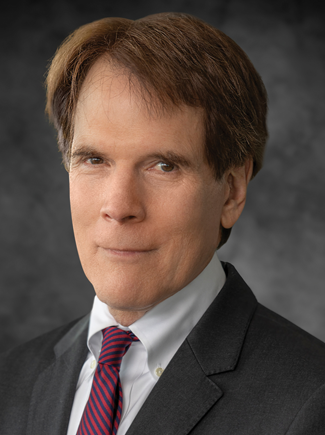 “In reality, I believe that my auto career began at birth. My mother told me that I could name every car and model on the road by the time I was four years old. My first word, other than the essential monosyllabic one, was ‘Plymouth.’”

Gates’ first official job in the industry was as lot attendant at his father’s dealership, Bud Gates Chevrolet, in Indianapolis, Indiana, when he was 14 years old. His grandfather had also been in the business, having launched a DeSoto store in 1915.

“I watched and listened to everything possible while at work. I was able to roam the complex as cars were stored everywhere. I got to spend time with mechanics, body men, parts counter people and salespeople. I learned a lot – not always valuable – and was fascinated with everything they said. I wanted so badly to be working all day, every day with them but I was only in junior high school.”

He later moved up to sales during high school, selling cars at Bud Gates Toyota. “I was not the greatest salesperson, but I learned that selling a car was not as important as developing relationships."

After earning a B.A. from Indiana University in Bloomington in 1975, he continued to pursue his passion for the auto industry, despite his father dissolving the dealerships in 1974. He worked for a few auto services companies and a BMW store in Indianapolis before partnering with Bob McKamey in Toyota South in Richmond, which was struggling at the time.

“I also had the unique opportunity to have been born into a family that truly believed anyone could accomplish anything, absolutely anything, as long as you worked hard.”

“Throughout my career, I have never forgotten my great fortune to be able to sell cars. I have so much more to accomplish and I love the work.”

“I have given these various organizations the time and the effort necessary to endeavor to improve the industry that has been so generous to me. I have worked diligently to encourage other dealers to get involved with manufacturer councils, with their state dealer associations and with the NADA.”

In the area of community service, his primary focus is improving the lives of children who live in central Kentucky. To that end, he supports the Secret Families Christmas Charities, which helps those in need celebrate the holiday by providing a Christmas tree, presents and dinner. Employees of Toyota South, as well as other members of the community, volunteer their time or donate funds to sponsor a family.

“It’s relatively easy to write a check, but it is life-altering when you get personally involved. We know that we have a direct positive impact on the lives of so many in our community, and, as an unintended benefit, the lives of our participating associates are broadened and improved.”

Gates was nominated for the TIME Dealer of the Year award by Gay Williams, president of the Kentucky Automobile Dealers Association. He and his wife, Kathy, have three children.