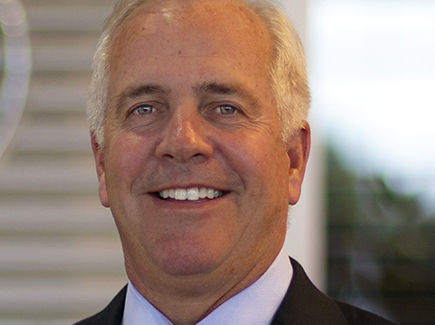 “The best part of being in our industry is the ability to reinvest in our world with the numerous blessings and gifts that have been bestowed upon us. It has also been my good fortune to help many wonderful people in our organization grow, prosper and live well.”

A 1974 graduate of Plainfield High School in Plainfield, Illinois, D’Arcy was introduced to the retail automotive industry in 1979 by his father’s friend, Ted Benson, who had a Dodge store in Joliet. “I was a recently laid off union ironworker at the time,” he said. “And he hired me to sell cars.”

After leaving the auto business for a few years, D’Arcy returned to a job at a Chevrolet store in Naperville, Illinois, in the mid-1980s, where he was determined to build a successful career in the retail automotive industry. “During my five years at this family-owned dealership, I learned key lessons about how to treat not only our guests but also fellow employees who are equally as important when it comes to success,” he said.

After partnering in an Oldsmobile store in 1991, he became the full owner of D'Arcy Oldsmobile Volkswagen GMC in 1993, which is now D’Arcy Buick GMC. Today, he also owns D’Arcy Chevrolet Buick Cadillac in Morris, Illinois, and D’Arcy Hyundai in Joliet. His son Nicholas has joined him in the family business.

D’Arcy has served on the board of the Chicago Automobile Trade Association and held various leadership roles, including chairman in 2005 and 2006. “We initiated some long-term strategies under my direction, the most noteworthy of which was a $1.5 million partnership with AYES [now the ASE Education Foundation],” he said. “This initiative provided technical training in partnership with Chicagoland technical schools and major car manufacturers to help meet the service needs of our dealerships.”

In the area of community service, D’Arcy is committed to giving back on a local and global scale. “We have donated thousands of dollars to drill fresh water wells in many locations in Africa through great organizations such as Charity: Water and James and Betty Robison’s Water for LIFE outreach,” he said.

On a local level, D’Arcy arranges to take groups of children to visit the Brookfield Zoo in Brookfield, Illinois. “These youngsters would not have the chance to see this world-class zoo otherwise,” he said. “Over the last 10 years, we have been able to send 1,000 children and teens to this popular destination.

“We are here to serve others and there is no better reward,” D’Arcy said. “Every year we invest more in giving than in our advertising programs. We have invested on average $500,000 in our community both locally and worldwide each year over the last several years.”

D’Arcy was nominated for the TIME Dealer of the Year award by David Sloan, president of the Chicago Automobile Trade Association. He and his wife, Susan, have six children.