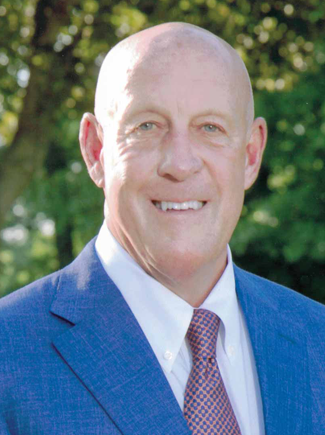 “A most rewarding component of my automotive career has been, and continues to be, the solid relationships it enables me to cultivate with associates, clients, and friends.  Most valued has been the opportunity to partner and work with my father until his passing in 2005 and for the past eight years with son Nik. As time goes by, it becomes increasingly more evident that self-worth is not tied to material things or money. It is the love and earned respect of our company team, family, and community, combined with being able to be of service to others that is most important.”

A 1976 business graduate of the University of Notre Dame Naquin began his automotive career as a lot attendant at Tom Naquin Chevrolet founded by his father in 1968. He worked in all departments and held various management roles before becoming the dealer in 1993.

“My father was a phenomenal mentor, having been successful in his corporate career with Chevrolet and General Motors before establishing the dealership. He shared knowledge from the wholesale perspective as well as retail and insisted on knowing the numbers, managing expenses, and assembling a quality team. He was an example of disciplined work, fairness and integrity.”

The dealership continues to grow and benefit being located in Elkhart which is recognized as the “recreational vehicle capital of the world.” Since Chevrolet is a volume chassis provider to leading recreational vehicle manufacturers, the dealership has been in a unique position to service the “RV” industry. “This partnership is a characteristic that is not generally known and has positively influenced my career and our business since its inception."

In 1988 Naquin acquired a Nissan franchise and relocated it to Elkhart. In 2000 he purchased the Elkhart Oldsmobile-Cadillac dealership, consolidated into the current location, and in 2018 celebrated their 50th anniversary in business. Son Nik Naquin is sales manager for the group and, as dealer successor, anticipates becoming the third generation to own and operate the family enterprise.

Naquin has received numerous awards from Chevrolet, Nissan and Cadillac for sales, customer service and overall excellence. “I am where I am today because of our supportive community, our hardworking team, past and present, and family, especially my wife Rachelle of 35 years, who continues to be our greatest advocate and ambassador.”

As member of the same NADA 20 group since 1969, Tom Naquin until 1985, and Thad Naquin to date, he recognizes the value of meeting with peers to share ideas and best practices. “Quite honestly, I don’t know how any dealer could be successful without being aligned and actively engaged with a NADA 20 group!”

Naquin is a senior active member of Rotary International, Past Rotary Salvation Army chair, and served on the boards of local chapter of the YMCA, Big Brothers/Big Sisters, American Red Cross and an advisory board for Key Bank Northern Indiana district. His work for the United Way of Elkhart/LaGrange counties has spanned over 35 years at the leadership level and resulted in increased donations thru dealership raffle sponsorships and employee participation.

For their good works and retail excellence, Tom Naquin posthumously, and in the Naquin Family, were inducted in the Elkhart County Business Legacy Hall of Fame by Junior Achievement of Elkhart County in 2020.

“Since joining the family business we have been most fortunate to be able to continue the tradition of supporting numerous charitable organizations. It is most gratifying to give back to a community that has given us so much!”

Naquin was nominated for the TIME Dealer of the year award by Marty Murphy, executive vice president of the Automobile Dealers Association of Indiana. He and his wife, Rachelle, have three children: son, Thomas Nikolas, and daughters, Natalie Marie and Jean Elizabeth.