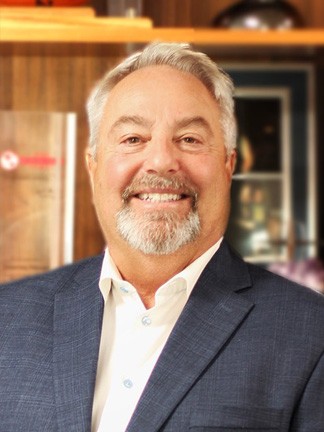 “It all started with the dream of becoming a car dealer. Along the way I established a core philosophy of respecting employees, participating in the community and being a good leader.”

(New York, NY, October 18, 2022) – The nomination of Tim Hutcherson, owner and dealer principal at Downey Nissan in Downey, California, for the 2023 TIME Dealer of the Year award was announced today by TIME.

Hutcherson is one of a select group of 48 dealer nominees from across the country who will be honored at the 106th annual National Automobile Dealers Association (NADA) Show in Dallas, Texas, on January 27, 2023.

The TIME Dealer of the Year award is one of the automobile industry’s most prestigious and highly coveted honors. The award recognizes the nation’s most successful auto dealers who also demonstrate a long-standing commitment to community service. Hutcherson was chosen to represent the California New Car Dealers Association in the national competition – one of only 48 auto dealers nominated for the 54th annual award from more than 16,000 nationwide.

“It all started with the dream of becoming a car dealer,” nominee Hutcherson said. “Along the way I established a core philosophy of respecting employees, participating in the community and being a good leader.”

And that dream was forged during a Michigan winter, when Hutcherson started his career as a porter at a Lincoln-Mercury dealership.

“I swept the garage, organized the lot and washed the cars in the freezing snow, sleet and rain,” he said. “This was one of my three jobs during high school, but I went to work every day with the mindset that I would try my best at whatever task was put in front of me. It was far from a glamorous job, but I was proud to be in the business. “

After earning an associate degree at Schoolcraft College in Livonia, Michigan, in 1976, Hutcherson moved to California and landed a position as a parts driver for Bob Curtis Oldsmobile in Torrance.

“The general manager approached me to be a salesperson,” he said. “From that moment, my dream was to become a car dealer, and I made it my goal to learn as much as possible.”

Hutcherson worked at a few different dealerships in Los Angeles in sales management positions before joining forces with Bill Adkins to revive failing dealerships that Adkins was buying. “I would go into his newly acquired stores that were struggling and establish my business model to turn them around,” he said. “After years of service, I acquired equity in numerous stores with Mr. Adkins.”

By 2008, Hutcherson was awarded an open point by Nissan in Downey. Soon after the store was opened, the recession hit, and Hutcherson wasn’t sure Downey Nissan would survive. “I sold my home and rental property to keep the doors open,” he said.

But his hard work and instincts paid off. Hutcherson’s business began to grow, and he built a new state-of-the-art facility from the ground up just down the street from his original location in 2016. “It was the first NREDI 2.0 [Nissan Retail Environment Design Initiative] store in the Western United States,” he said. “We have been the number one Nissan dealer in the Western United States for the last five years and have achieved Nissan’s Global Award for customer service during that time as well.”

Today, Hutcherson also owns Nissan of Tustin in Tustin, California, and his two children, Brittany and Connor, are the next generation to join the family enterprise.

“I think a huge part of my success is my employees,” he said. “From day one, I have wanted to create a space where people are proud and happy to come to work. It has been most rewarding to see the dream of the young man working three jobs come true.”

Hutcherson also believes that a strong commitment to his local community has helped fuel the growth of his business. “If you have the ability to lift someone up, do it,” he said. “A successful car dealership is a pillar in the community, and we give back to the people who support us.”

To that end, he has held blood drives, toy drives, car shows, golf tournaments, Christmas tree
giveaways, back-to-school supply drives, clothing drives for homeless veterans, pet adoption
events and other events that add to the quality of life in his local area. For the last 13 years, Hutcherson has sponsored the Downey Nissan Scholarship, which is awarded to the student with the highest graduating GPA at Downey High School. Additionally, he has donated multiple cars to the Downey High School Auto Technology program so that students can have a true hands-on learning experience.

For his good works, Hutcherson has received the 2018 Shared Values Award from the Downey Unified Board of Education and the Mayor’s Downey DNA Award in 2018, which recognizes individuals and businesses that exhibit extraordinary leadership and exceptional service to the community. This year, Hutcherson was awarded the Mayors Impact award, the highest award for a citizen of Downey.

Hutcherson was nominated for the TIME Dealer of the Year award by Brian Maas, president of the California New Car Dealers Association. He and his wife, Carol, have four children among them.