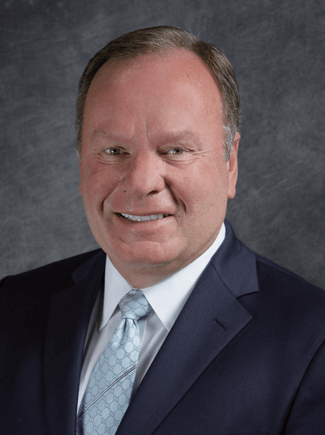 “The automotive business, though daunting at times, has enabled me to provide for my family, for our community and for our customers. We are proud to deliver a level of service that remains unmatched to this day in our area. And our customers have blessed us with amazing loyalty and friendship through the years.”

Redding didn’t start out in the car business. He worked as a meat cutter and owned his own meat shop before joining Karp Motors in Savannah, Georgia, in 1982.

“From a very young age, I knew the value of work. My parents instilled in me not just a desire to work but pride in excelling in whatever job I undertook.” As he grew older, however, it became apparent that his blessings and accomplishments were not only of his own making.  "As I look back, it is very clear that God held my hand and guided me through the ups and downs of being a car dealer."

That satisfaction in a job well done and desire to succeed drove Redding to advance to management roles at J.C. Lewis Ford and J.C. Lewis Mazda in Savannah, where he worked for seven years before striking out on his own to open Metter Ford in 1991. Today, his dealership group also includes two additional Georgia stores: Swainsboro Ford Lincoln in Swainsboro and Dublin Ford Lincoln in Dublin. His sons, Tim Jr. and Daniel, lead dealership operations as general managers for the stores.

“I have also been blessed to have many loyal employees work with me and stay by my side through the years."

A longtime member of the Georgia Automobile Dealers Association, Redding has served on the group’s board of directors for 15 years and as chair for a year from 2018 to 2019. He is a strong advocate for the Committee of Auto Retail Dealers (CARD), a political action committee that supports state-level candidates who understand the needs of the retail automotive industry.

“I have personally worked phonebanks, as well as in-person visits, with great success. I have helped foster strong relationships with state and federal representatives and senators that have benefitted our dealer body tremendously. And I have been present for bill signings that have great impact on the retail dealers of Georgia.”

He is a benefactor of the American Cancer Society, having sponsored Relay for Life events, as well as cancer survivor dinners and golf tournaments to raise funds for the group. He also sponsors the Metter-Candler Chamber of Commerce’s annual gala and auction.

Redding’s support of education is far-reaching. He is a proud partner of Communities In Schools of Candler County, which surrounds at-risk students with community support to empower them to stay in school. “To date, our promotion rate for our case-managed students exceeds 95 percent and our graduation rate this year was 98 percent."

In addition, for the last 12 years, he has participated in the Ford Drive 4 UR School test-drive promotion. “We have raised $100,000 for our local schools through this program.”

Redding was nominated for the TIME Dealer of the Year award by Lea Kirschner, president and CEO of the Georgia Automobile Dealers Association. He has three children, Tim Jr., Daniel, and Emily Lancaster, and is the proud grandfather of ten.