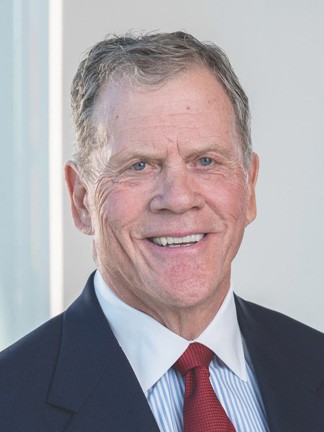 “The most rewarding aspect of my automotive career is being able to carry on my father’s legacy, and to do so in the fluid and challenging landscape of the automotive industry.”

(New York, NY, October 18, 2022) – The nomination of Tom Kelley, president of Tom Kelley Buick GMC in Fort Wayne, Indiana, for the 2023 TIME Dealer of the Year award was announced today by TIME.

Kelley is one of a select group of 48 dealer nominees from across the country who will be honored at the 106th annual National Automobile Dealers Association (NADA) Show in Dallas, Texas, on January 27, 2023.

The TIME Dealer of the Year award is one of the automobile industry’s most prestigious and highly coveted honors. The award recognizes the nation’s most successful auto dealers who also demonstrate a long-standing commitment to community service. Kelley was chosen to represent the Automobile Dealers Association of Indiana in the national competition – one of only 48 auto dealers nominated for the 54th annual award from more than 16,000 nationwide.

“The most rewarding aspect of my automotive career is being able to carry on my father’s legacy, and to do so in the fluid and challenging landscape of the automotive industry,” nominee Kelley said.

A 1974 graduate of Indiana University in Bloomington, where he earned a degree in business administration, Kelley was destined to be an auto dealer from the start. “Some would say I was born into this industry,” he said. “Much to my parents’ surprise, I arrived on the same day that my father opened his first dealership on August 21, 1952.”

Kelley started working at the Kelley Automotive Group in 1974 and by 1983, he purchased his first Buick store from his father, Jim Kelley. Today, he is president of the company and oversees nine new-car dealerships in Fort Wayne and Decatur, Indiana, representing brands BMW, Buick, Cadillac, Chevrolet, Chrysler, Dodge, Ford, GMC, Jaguar, Jeep, Land Rover, MINI, Ram and Volvo. Three of his children currently hold key positions in the company.

“When my father followed his dream and opened his first dealership in 1952, no one could have imagined that dream would grow into the Kelley Automotive Group of today,” he said. “My automotive industry career has been all I have ever known, and I feel honored to lead the company and build on my father’s legacy with a portfolio of prestigious brands.”

The auto group celebrates its 70th anniversary this year, which was commemorated by the completion of the Kelley Auto Mall in southwest Fort Wayne, a 60-acre, state-of-the-art complex that will be home to Kelly’s dealerships, an auto body shop and car wash.

“None of this success would have been possible if it wasn’t for the extraordinary support from my wife, Patty, and family, but also the dedicated and hardworking employees that have played integral roles in helping grow our group to the size it is today,” Kelley said.

He has also served the Automobile Dealers Association of Indiana as lead legislative affairs chair since 2014. “I leveraged my political relationships and have fought for and against countless policies that would have a major impact on the car buying process,” he said.

Kelley attributes his company’s longevity and growth to the support his dealerships receive from customers and the community, something his father always valued. “My spirit for civic duty has been engrained in my business ideologies since I began working,” he said.

To that end, he is most proud of founding the Boys & Girls Clubs of Fort Wayne, which he helped establish in 1989 and where he is currently a board member. The group provides a safe and supportive after-school environment for children aged 6 to 18.

His work with the organization inspired a new venture: the Jim Kelley Career Pathway Center, named in honor of his father. This offshoot of the Boys & Girls Clubs of Fort Wayne will provide five learning labs focusing on automotive, manufacturing, construction trades, supply chain management and IT/CAD/CAM, as well as resume writing and interview training.

“The center offers specialized educational programs for marginalized youth to provide opportunities they may have never been exposed to within their current educational systems,” Kelley said. “We hope to employ several of these bright and promising students in the future.”

Kelley was nominated for the TIME Dealer of the Year award by Marty Murphy, executive vice president of the Automobile Dealers Association of Indiana. He and his wife, Patty, have five children.