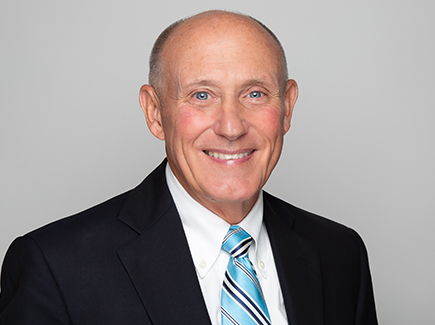 “The rewards have been tremendous in my 46-year automotive career,” nominee Miller said. “I appreciate our loyal customers and employees and value the impact they have made in my life.”

Miller earned a BBA from the University of Notre Dame in Notre Dame, Indiana, in 1975. Since 1972, he worked at his future father-in-law’s car dealership on summer breaks from college.

The original dealership was founded by the great grandfather of his wife, Kathleen, more than 85 years ago, Thomas J. O’Brien started selling cars in the 1930s and opened his own DeSoto Plymouth store in 1933 on Virginia Avenue in Indianapolis, Indiana. Kathleen’s father, J. Thomas O’Brien, carried on the family legacy by opening a Chrysler Plymouth dealership in 1962 on the city’s northside. The original Virginia Avenue dealership was moved to Greenwood in 1972.

“I washed cars, worked as a parts stock clerk and helped with the service department,” he said. “I knew at an early age that the car business was rewarding if you maintained a good work ethic and possessed excellent people skills.”

After college, Miller sold new and used cars for two years and then became an assistant to the general manager at the northside Indianapolis location. He eventually became the general manager and moved to Greenwood. And in 1998, he was named president of Tom O'Brien Chrysler Jeep Dodge Ram.

Today, the O’Brien Automotive Family includes the two Tom O’Brien Chrysler Jeep Dodge Ram dealerships in Greenwood and Indianapolis, as well as O’Brien Toyota in Indianapolis. Four of his sons work for the dealership group, as well as other family members, representing the next generation to enter the family enterprise.

As the leader of such an iconic Indianapolis car group, Miller has been called on to lead the Indianapolis Auto Trade Association, where he served on the board of directors for the past 10 years and as president in 2017.

He is also committed to the local community and is proud to support Hearts & Hands of Indiana, that has helped rebuild the underprivileged neighborhoods of Haughville and Hawthorne in Indianapolis. “To date, the group has rehabilitated and sold 13 properties to families who now have a place to call their home,” Miller said.

“I enjoy the personal relationships just as much as the monetary rewards of our business,” he said. “I have always had an open-door policy and I want our customers and employees to know that I will always be there in their time of need.”

Miller was nominated for the TIME Dealer of the Year award by Marty Murphy, executive vice president of the Automobile Dealers Association of Indiana. He and his wife, Kathleen, have eight children.