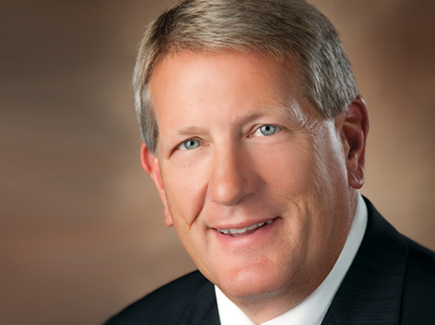 “As a hometown business owner, I feel that the most important thing I can do is help build a stronger community. I am particularly focused on giving children the opportunity to succeed in academics and athletics.”

A 1975 graduate of Logan High School in Logan, West Virginia, Thornhill earned an associate degree in science and general business at Southern West Virginia Community and Technical College, also in Logan, in 1985.

“I have been self-employed since the age of 14,” Thornhill noted.

He began working in the eighth grade under the supervision of his father doing auto body work. In high school, he started his own gas station and auto repair business and continued to run the establishment while attending college.

“The business prospered, and I purchased real estate and diversified my portfolio,” Thornhill said. “I ran a salvage yard with towing service for 11 years, opened three pharmacies, invested in real estate and was a member of a small local bank board.”

But he always dreamed of being a car dealer. In 1996, he bought into a local Pontiac Buick GMC dealership – the same store where his father had been an auto body technician in the 1960s. Thornhill helped turn the business around and became the dealer principal in 1998.

An active member of the West Virginia Automobile Dealers Association, Thornhill has served as chairman and as a board member of the group. He is the current NADA PAC state chairman, a position he’s held since 2014.

“I think it is important to understand the national economy and legislative processes,” he said. “As a dealer, it’s essential to be involved in our industry on a state and national level – and to interact with other dealers. The more we know, the easier it is to plan for the future.”

With such deep roots in the Logan area, Thornhill has dedicated his time, talent and resources to numerous charities and organizations. He is most proud of his work developing the Chief Logan Recreation Center in Chapmanville, for which he currently sits on the board. This state-of-the-art complex features an indoor competition swimming pool, tennis courts, workout rooms and more.

“The local recreation center was built to get more young kids and families out and exercising for better health,” he said. “It has also opened up the availability for more sports teams to be added to local schools, including swimming and soccer.”

His recent induction into the Logan High School Hall of Fame as a booster is very meaningful to Thornhill. “It stands for what I feel so strongly about,” he said. “Every child needs an opportunity to grow up and know that they can become anything they want to be.”

Thornhill was nominated for the TIME Dealer of the Year award by Jared Wyrick, president of the West Virginia Automobile Dealers Association. Thornhill and his wife, Martha, have three children.