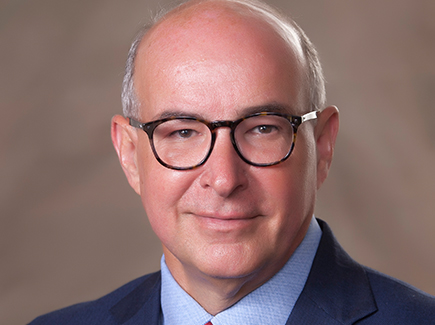 “When I reflect on my career in the retail automotive business, I truly believe that the relationships I’ve formed have been the most rewarding aspect of my work. We never strayed from our small town, core value of servant leadership, where we take care of our customers, each other and the community that we serve.”

Strickland earned a BBA from Georgia Southern University in Statesboro in 1980 and worked as a sales rep for Omnifax in Atlanta and Boston until 1991. During the economic downturn of 1991, he had the opportunity to purchase a struggling Chevrolet dealership in McDonough.

“I was young, enthusiastic and saw the situation as more of an opportunity than a risk,” he said of the store that had old inventory, dilapidated service equipment, negative finances and frightened employees. “I became the dealer principal without the benefit of automotive experience, nor did I have a mentor to teach me the business. Imagine how the employees must have felt knowing their livelihood was in my hands?”

But Strickland rose to the challenge by relying on his strong background in sales and the values he was taught as a child. “I grew up in a small town where my family owned the local grocery store,” he explained. “My dad taught me the simple, tried and true values of taking care of our customers and employees alike, as well as turning our inventory regularly.”

Strickland applied these basic principles to his auto business and by January of 1992, the store turned a profit – and has continued to flourish. “We have been able to build a successful dealership with multigenerational repeat customers and loyal employees,” he said.

His work for the Georgia Automobile Dealers Association, where he has been a board member since 2007 and served as chairman of the Workers’ Compensation Board in 2016, has resulted in meaningful change for dealers in the state. “I followed an extremely talented and dedicated group of people who laid the ground work for a workers’ compensation insurance company that saved the dealers in Georgia millions of dollars,” Strickland said. “We have been able to continue the growth of investments and savings for the dealers.”

Strickland is equally committed to giving back to his community. Since 1995, he has been an advocate for A Friend’s House (AFH), a safe and loving environment for children in crisis in McDonough. “Bellamy-Strickland has been involved as a community partner since the opening of AFH,” he said. “Sadly, the death of my infant son became the catalyst for a more meaningful and active relationship with AFH.”

A representative of his dealership served on the board of directors of the group for many years, helping to guide the organization and its fundraising efforts. “Our support gives me a sense of serving others even though I’m unable to serve my son,” Strickland said. “I gain so much more than I give when helping the most vulnerable among us – abused and neglected children.”

Other groups he supports with his time, talent and resources include the Henry County Chamber of Commerce; Haven House (a domestic violence shelter and program serving area counties); Communities in Schools of Georgia in Henry County; Children’s Healthcare of Atlanta; Henry County Council on Aging; City of McDonough Veterans Appreciation Breakfast; as well as local youth sports teams.

Strickland was nominated for the TIME Dealer of the Year award by Lea Kirschner, president and CEO of the Georgia Automobile Dealers Association. He and his wife, Pam, have one daughter, Liddy.