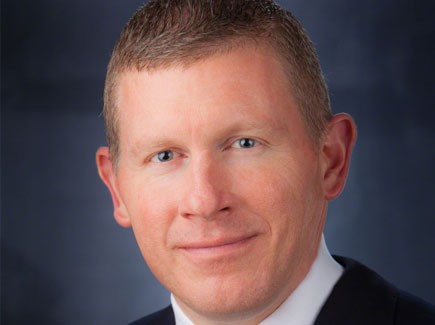 “I am immensely proud that the company I helped grow and operate has hired so many men and women who have served our state and country. Their military experience makes them excellent team members, employees and AutoFair leaders."

"It is both humbling and rewarding to know that for every single AutoFair employee, there are probably two or three other people in that employee's family that we now help to support," nominee Crews said.

A Georgia native, Crews graduated from Tucker High School in Tucker, Georgia, in 1988, and had his first contact with the auto industry while working at a service station at age 16. After high school, he enlisted in the United States Marine Corps, specializing as a mechanic. He then entered the General Motors Automotive Service Educational Program and became a certified technician, earning an apprenticeship and then a full-time job. Crews would serve his country again when he was called as a Marine reservist during Operation Desert Storm, returning to the automotive business after his tour of duty.

His career advanced and took him to different cities throughout the country as he learned the automotive retail business and rose through the ranks before he was named president/ CEO of AutoFair in Manchester. A partner in the company, Crews today leads a dealer group with seven stores and a team of nearly 600 employees. "We are planning to grow our group even more in the near future, and I really look forward to continuing to ensure we have a company where those who put their faith in us can be rewarded with good careers and opportunities," he said. Crews is also proud of his employees' commitment to their communities. A few years ago, his team began donating proceeds of auto sales to help feed needy families at Thanksgiving. "Over the years, we have raised tens of thousands of dollars and fed many people who would not have had a holiday meal."

Education is also at the forefront of his charitable initiatives. He worked with the mayor of Manchester to create the Make the Grade program, which helps motivate high school seniors to get better grades for a chance to win a car. And he has worked closely with New Hampshire's community technical colleges to ensure the students are receiving the most advanced education to become trained auto technicians. Crews received an honorary degree from Manchester Community College for his good works. "Receiving the honorary degree was rewarding because it allowed me to speak directly to so many students about my automotive career and about how my hard work to learn all aspects of the business helped lead me to the position I now hold," he said. "But it was my work as a mechanic and technician that really got me on my way to a good career."

Andy Crews' experience in the military has inspired him to take part in Employer Support of the Guard and Reserve (ESGR). "I am immensely proud that the company I helped grow and operate has hired so many men and women who have served our state and country," he said. "Their military experience makes them excellent team members, employees and AutoFair leaders."

Crews lends his expertise on the boards of numerous organizations, including the American Cancer Society's CEO's Against Cancer, Greater Manchester Chamber of Commerce and Live Free or Die Alliance, as well as regularly supporting a host of charities, from New Hampshire Food Bank to Boys and Girls Club to the Manchester Animal Shelter to the Children's Hospital at Dartmouth.