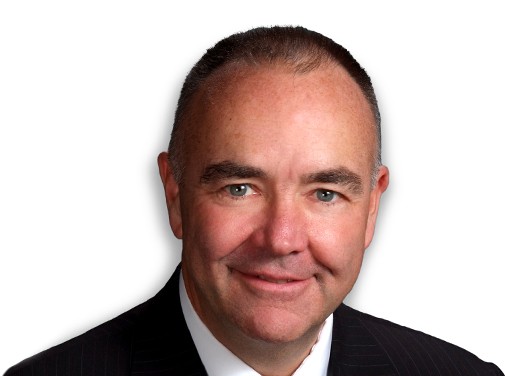 “I have realized how powerful a force our dealerships can be if I encourage and support all of our leadership and associates to get involved. Together, we are making Elizabethtown and the central Kentucky region a better place.”

“It is very apparent to us and to our community how important a locally owned and community-engaged car dealership can be,” nominee Swope said. “My associates are building a legacy that honors the founders of our company and will propel us into the next generation of Swopes that are already engaging in our business.”

“I am a very fortunate second-generation automobile dealer, following in the footsteps of my father and uncle who opened their first dealerships in 1952,” he said.

He has worked in all phases of the retail automobile business at his family stores, and he even sold cars to friends and faculty while studying at Indiana University. “My sales and marketing professor was lamenting about the poor experience he had trying to purchase a car, so I took the opportunity to formally introduce myself and solved his ‘problem,’” he said. “When I graduated, I knew exactly what I wanted to do and began my fulltime automotive career in sales at Toyota of Louisville.”

Today, Swope oversees six dealerships representing nine brands in Elizabethtown and Radcliff, Kentucky. “In 1986, my father and uncle gave me the opportunity to purchase what was then a single rooftop, dual dealership with 50 employees,” he said. “It has been most rewarding to see that grow to nearly 300 associates that provide for their families as part of the Swope Family of Dealerships.”

Since the early days of his career, Swope has worked tirelessly to support a wide range of civic activities, from helping families at nearby Fort Knox to raising money to restore the historic downtown district. He recently has engaged his general managers to serve on leadership boards of area charities and inspired his associates to volunteer and give back to the community. “I have realized how powerful a force our dealerships can be if I encourage and support all of our leadership and associates to get involved,” he said. “Together, we are making Elizabethtown and the central Kentucky region a better place.”

Swope currently serves on the Hardin County Chamber of Commerce President’s Circle (an executive committee to the board); the Knox Regional Development Alliance (advisory council for the group that works to expand civilian support of the army installation at Fort Knox and advocate for needed infrastructure funds); Lincoln Heritage Council for the Boy Scouts of America (recently joined executive board); Elizabethtown Tourism Commission (board member appointed by the mayor’s office to promote tourism and oversee development); Elizabethtown Airport Board (oversees the operation of the regional airport); and Hardin Memorial Health Foundation (board member for group that raises funds and writes grants).

In the early 1990s, Swope helped establish the local affiliate for Habitat for Humanity and the statewide Kentucky Habitat. “Our first major accomplishment was to organize the 1997 Jimmy Carter Work Project called Hammering in the Hills,” he said. “Working alongside President Carter and Mrs. Carter, volunteers built more than 50 homes in Pike County over a one-week period.” He remains active with the organization on the state and local level.

His associates have followed his lead and renovate offices and classrooms for local nonprofits and schools through a United Way-sponsored effort called Project United. They also fill backpacks with nutritious food for children in need and prepare care packages for deployed soldiers.

Of all the numerous awards that Swope has received for his good works, it is the most humble one that stands out. “On the corner of my desk is a simple block of wood with a bent nail attached,” he said. “It was presented to me after our company sponsored a local house build for Habitat for Humanity in 2004.” The award is special to him because it represents working together with his team and sharing a common goal of helping a family in need in his community.

Swope was nominated for the TIME Dealer of the Year award by Gay F. Williams, president of the Kentucky Automobile Dealers Association. He and his wife, Anne, have three children and three grandchildren.