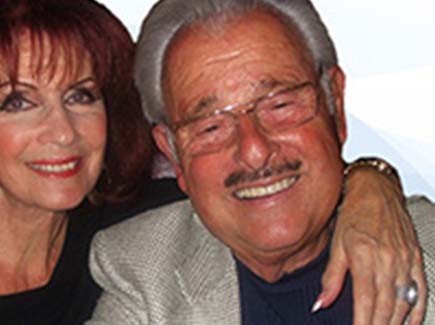 Herb started young, opening his own dealership before he was 30. Though only 35 when he received what was then known as the Saturday Evening Post Grand National Quality Dealer Award, Herb already had a long history of community service. Early in his career, Herb helped form the United Cerebral Palsy Foundation and became its executive director. That would have been enough for some, but not for Herb. A friend whose son suffered from kidney disease asked Herb to start a charity to fund kidney research. The charity eventually became the National Kidney Foundation and Herb arranged for Nat King Cole to become its first national spokesman.

All of which did not go unrecognized in Herb's home state of Massachusetts. "I received an awful lot of publicity, and the Massachusetts House of Representatives gave me a gavel that opened the session honoring my award, and Tip O'Neill, the speaker of the house, of the United States House of Representatives, invited me to a congressional hearing and he read my life history into the congressional record."

Never a man to rest on his laurels, even after receiving the National Quality Dealer Award, Herb continued and even expanded his charitable contributions. He became a board member of the Boston Medical Center, where he built a Parkinson's Rehabilitation Center and its first chemotherapy center. He also joined with the chairman of Boston's Gunderson Eye Clinic to create a foundation for the sight-impaired.

He also contributed to his alma mater, becoming a member of the Boston University Board of Directors, the only alumnus to ever win two of the university's annual awards. And, of course, Herb being Herb, he still found time to become National Chairman of the Dodge Advisory Council, the president of the Dodge Advertising Council, a member of Lee Iaccoca's Presidential Advisory Board, a member of the board that developed the Chrysler Five-Star Quality Award and the founder of the Chrysler Leasing Corporation.

Herb sold his dealership and retired in 1985. Of course, after retirement, he became even more involved in his community. Now in his 80s, Herb still sits on several charitable boards and continues to set the standard for community service by which all other TIME Dealer of the Year recipients are measured.