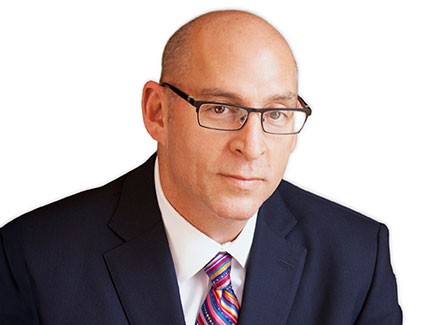 “The most rewarding part of my retail automotive career has been hiring great people and investing in their future."

“The most rewarding part of my retail automotive career has been hiring great people and investing in their future,” nominee Salzman said. “We pride ourselves on searching out quality employees and providing them with the tools and support they need to grow from entry-level jobs up to top management positions within the company.”

A 1980 graduate of Riverview High School in Riverview, Florida, Salzman was the top- rated swimmer in the country for the 200-meter backstroke and competed in the United States Olympic Trials for the summer games in Moscow. He won three silver medals for Team USA in the Maccabiah Games in Israel.

Salzman accepted a full swimming scholarship to Auburn University in Auburn, Alabama, where he received a degree in business administration in 1985. He then went on to earn a J.D. from the Shepard Broad College of Law at Nova University (now Nova Southeastern University) in Fort Lauderdale, Florida, in 1989.

Rather than working with a law firm, Salzman decided he wanted to own his own business after law school and started a cellular phone agency. While partnering with a local car dealership on a successful promotion, the dealer hired him as a sales manager and he has been in the retail automotive industry ever since. Today, he is owner of two Chrysler, Dodge, Jeep and Ram dealerships in North Carolina, located in Cornelius and Gastonia.

“Providing a great customer experience allows us to continue to grow our business, add more positions and retain quality employees for years to come,” Salzman said. “We are proud to employ a very diverse and loyal staff of 108 employees.” And his hiring practice has earned his dealership the 2012 Champions of Diversity award from the Lake Norman Chamber of Commerce, an honor which is very meaningful to him.

“We have always sought out great employees regardless of gender, race, religion, sexual orientation, etc.,” he said. “As a result of this philosophy, we have been rewarded with extremely low turnover and incredibly caring employees, whom we are able to continually promote to new positions that further their careers.”

Salzman is equally as committed to giving back to his community. “When I purchased the dealership in 2003, my wife and I decided that we wanted to focus our philanthropic time and attention on three areas: animals in need, children in need and women in need,” he said. To this end, he is contributor to the Humane Society of Charlotte (North Carolina), as well as being a founding board member of Lake Norman Humane. And he supports Lake Norman Lucky Cats, which provides trap-neuter-return services, as well as Holly’z Hope, an organization that helps unchain dogs by building fences for homeowners in need.

For women and children, Salzman is a longtime supporter of The Dove House Children’s Advocacy Center in Statesville, North Carolina, and Pat’s Place Child Advocacy Center in Charlotte, as well as Amy’s House in Lincolnton, North Carolina, and The Shelter of Gaston County in Gastonia, which both serve battered women and children. “We believe these organizations serve a critical need in our community,” he said.

Salzman was nominated for the TIME Dealer of the Year award by Robert Glaser, president of the North Carolina Automobile Dealers Association. He and his wife, Robin Smith-Salzman, have three children and six grandchildren.