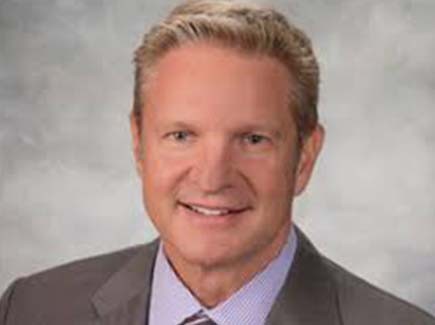 “Our philosophy and processes include 100 percent honesty in all our dealings, with open transparency in every transaction."

“Starting out in the business, I felt that other dealers had a leg up on me because of their longevity and experience; however, my passion, will and desire to always do the right thing has persevered, motivating me and keeping me wanting more for my dealership, my employees and my community for 35-plus years,” nominee Alfirevich said.

Alfirevich, a 1981 graduate of St. Francis de Sales High School in Chicago, Illinois, earned a business/marketing degree from Benedictine College in Atchison, Kansas, in 1985, where he received an athletic scholarship to play football.

He began his career in the car business at the age of 12 at Bob Motl Chevrolet in Chicago, which would later become Apple Chevrolet. The Alfireviches later moved the franchise to Tinley Park. “My father, Joseph, was general manager of the dealership at the time and called me in to perform oil changes and other quick maintenance because of a local mechanic strike that lasted the entire summer,” he said. “Since that day, I have worked in every department and started my full-time career at the dealership in 1986.”

Today, Alfirevich and his father own the dealership. “I know I'm not unique from the many dealers who learned from the ground up, but I believe I've always had the instincts it takes to run a business efficiently during good times and in bad,” he said. And he furthered his training by attending the NADA Academy in 1990.

“We treat our customers with unpretentious integrity and that will always be a prerequisite for customer interactions in our dealership,” he said. “Our philosophy and processes include 100 percent honesty in all our dealings, with open transparency in every transaction.”

Alfirevich is very active in the Chicago Automobile Trade Association and has served on many advisory boards and committees for the group. In 2015, he was chairman of First Look for Charity, a fundraising event and celebration held the evening before the Chicago Auto Show. “We raised $3 million to benefit Chicago-area charities that year,” Alfirevich said. “I was also instrumental in securing a private room for each of the charities to host their own pre-party for the purposes of additional fundraising.”

Alfirevich even hosts an annual Barbecue for the Troops at his dealership to benefit the USO of Illinois. “We raise $10,000 each year and invite local veterans and their families for food, fun and a 21-gun salute,” he said. “I believe dealers play an enormous role in their communities by donating to many great causes to advance the well-being of their communities.”