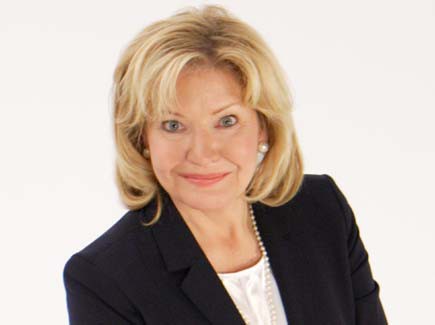 "I didn't choose the car business because I'm wild about cars. I get excited about what cars can do for people. Cars affect our lives in so many ways –and no family can function without a dependable car that gets them to work, to school, to the grocery store and everywhere else they need to go."

"I didn't choose the car business because I'm wild about cars," nominee Van Bortel said. "I get excited about what cars can do for people. Cars affect our lives in so many ways –and no family can function without a dependable car that gets them to work, to school, to the grocery store and everywhere else they need to go."

A 1972 graduate of Palmyra-Macedon Central High School in Palmyra, New York, Van Bortel earned a B.A. in psychology from Wells College in Aurora, New York, in 1976. Although her father was a car dealer who owned 17 franchises at one time, she began her career at a dealership independent of her family.

"My father was a maverick, way ahead of his time in this industry," Van Bortel said. "He was brilliant and I learned everything from him. But he was from an era that made him believe that women couldn't and shouldn't be in this business. He was tough and refused to ever help me financially." So, despite obstacles, she worked her way into Ridley Ford in Webster, New York, and became top salesperson. She was later a sales manager at Holtz Mercedes-Benz and BMW in Rochester, New York, before opening a used-car lot – her first step toward owning a dealership.

"I rented a house, lived upstairs and sold used cars, one at a time, then two, then three, in the front yard," Van Bortel said. "I gave up everything to make my business work. I had a relentless drive to prove that a woman could get to the top in this business." She later convinced Subaru to give her a chance and opened Van Bortel Subaru in 1991. "I vowed to make it the largest-volume Subaru dealership in the nation, and it took us seven years, but we did it," she said. Her business has since expanded to include Van Bortel Chevrolet in Macedon, New York, and Van Bortel Ford, in East Rochester, New York, both of which she owns with her brother.

"The reputation I have been able to build over the last 30 years has been the most rewarding part of my automotive career," Van Bortel said. And that reputation includes an unwavering commitment to giving back to her community. A nine-year breast cancer survivor, Van Bortel is dedicated to spreading the word that early detection is the cure. "We have raffled off pink Mustangs. I've given speeches to anyone who would listen and have become a major contributor to the Breast Cancer Coalition of Rochester," she said. "This cause became my passion as early detection saved my life."

Van Bortel has received numerous awards for her community service and business leadership, including the 2009 Herbert W. Vanden Brul Entrepreneurial Award from the Saunders School of Business at Rochester Institute of Technology; 2011 Athena Award from the Women's Council of the Rochester Business Alliance and 2009 Rochester Women's Network "W" Award.

She is proud of being named one of the "100 Leading Women in the North American Auto Industry" by Automotive News in 2005. "I was asked to speak in front of 100 women, many of whom were high-level engineers working for Ford, General Motors and Chrysler," she said. "I was a new Ford dealer and had become disillusioned with the quality of their products and warranty. It was a very risky speech but now 10 years have passed, and I am so proud to be a Ford and Chevrolet dealer. The products are now phenomenal and so is the factory warranty."

Van Bortel was nominated for the TIME Dealer of the Year award by Robert Vancavage, president of the New York State Automobile Dealers Association. She and her husband, Roger Garrett, have one daughter.