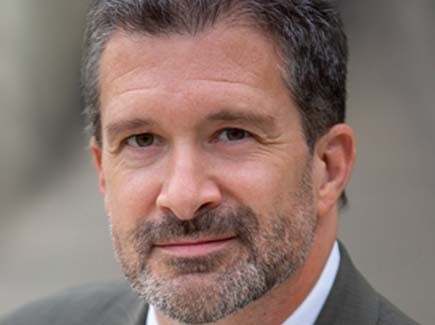 “There are so many aspects of my career that I find rewarding, but the best part is being in the grocery store or at a restaurant wearing something with a Liberty Subaru logo and having people stop me to tell me about a great experience they had buying or servicing their car with us. For customers to have such strong, positive feelings about buying or servicing a car tells me that the extra effort we make to do things right is paying off.”

DeSilva, a 1993 graduate of Mahwah High School in Mahwah, New Jersey, earned a B.S. in marketing from Clemson University in Clemson, South Carolina, in 1997. He always knew he wanted to follow in his father’s footsteps and run an auto dealership.

“When I was in first grade, my teacher asked us to write down what we wanted to be when we grew up, and make a picture of us doing it. Mine says ‘car dealer’ below a picture of me driving a car. When my mom found the picture in the basement a few years ago, she framed it and now it proudly hangs in my office.”

DeSilva grew up working in his family’s Subaru dealership, sweeping the shop, detailing cars, stocking parts – whatever needed to be done. While in college, he had the opportunity to intern for Subaru Distributors Corp. in Orangeburg, New York.

“I got to see the other side the business. I traveled with the sales and fixed operations reps, and worked in sales and marketing. They even sent me to the port facility in Boston, where I worked as part of their yard crew, inspecting cars as they came off of ships and trains.”

After college, DeSilva entered a management training program with Toyota Motor Sales, USA and moved to California and then Boston, learning about customer service, sales and fixed operations. That experience would prove invaluable when he returned to the family business in 2003 to open Liberty Hyundai in Mahwah with his father and brother.

“My brother ran the sales floor, and I established our parts and service operations. We built the business from scratch.”

In 2008, DeSilva took over daily operations at the flagship Subaru store and oversaw the dealership’s move to a new location, as well as renovations and expansions. “Sales volume has tripled and revenue has quadrupled, while we have continued to build a loyal customer base." Today, the Liberty Family of Dealerships also includes Liberty Kia in Ramsey, New Jersey, and Genesis of Mahwah.

“I’ve always wanted to do what I’m doing right now, and I put in the work to truly learn every aspect of this business. But I would never have been able to take advantage of these opportunities without the support of my family. I am blessed to have a wife who understands the hours involved in doing what I do, a brother and partner who is willing to hold down the fort when I am advocating for our industry, and supportive parents who – like my first-grade self – think that being a car dealer is a pretty important job.”

An active member of the New Jersey Coalition of Automotive Retailers, DeSilva has served on the Association’s Board of trustees since 2008 and served as Chairman in 2017. He is most proud of co-founding the group’s NextGen Committee, a network of young dealers in the state. “We’ve been successful in getting a new generation of dealers involved in our association’s mission of advocacy. Now we make regular trips to visit our New Jersey delegation on Capitol Hill and lobby for our state’s franchised car and truck dealers.”

In the area of community service, DeSilva has worked hard to further the cause of education in Mahwah, the town where he grew up and currently resides. He was elected to the Mahwah Board of Education in 2012 and continues to serve the group, currently as First Vice President.

“Over the past 8 years, I have been involved in successfully negotiating labor contracts, hiring Superintendents, expanding bus service to an underserved area of town and improving facilities, including the creation of a new STEAM [science, technology, engineering, arts and mathematics] center. Most recently, the Board was involved in plans to safely bring students and staff back to school during the current pandemic.”

DeSilva was nominated for the TIME Dealer of the Year award by Jim Appleton, president of the New Jersey Coalition of Automotive Retailers. He and his wife, Michelle, have three children.